When we talk of atmosphere in music we tend to think of records that stir something definitive within us; recalling certain places and events. Triathalon undoubtedly create distinct environments of their own, but there’s always been something untouchable about it, like being allowed to wander through a world that wasn’t built for you. Where water replaces air, where the space between things holds a physical form that can be twisted and manipulated.

The brand new album ‘Online’ is the band’s first full-length work since moving from Savannah to New York, and it’s a relocation that seems to have have a marked impact on this new chapter ; the sticky, claustrophobic nature of the city’s beating heart always audible and existent, even in the record’s quietest moments.

Based around inventive instrumental loops and sweet pop vocals, which shift between weightless and heavy with one soft sigh, the trio have crafted thirteen tracks that showcase their most detailed and engrossing work to-date. Laid-back, R’n’B jams are the records defining feature – opening track ‘3’ is an engrossing five-minute entry-point; the previously-released Bad Mood still feels captivatingly weightless – but we also get radiant instrumental jams (Plant’s jazz-like 90-second interlude) and tender, skeletal ballads such as closing track ‘True’; a sprawling five-minutes of sumptuous idiosyncrasies.

Catch Triathalon in Atlanta on their tour at The Mammal Gallery on March 6th.

Street Parking is available on Broad St SW, Portions of M.L.K. Jr Dr SW near the venue, Along both sides of Mitchell St. from Ted Turner Dr SW to Washington St SW, and along Pryor St from M.L.K. Jr Dr SW to Garnett St SW. All metered parking is free after 7PM. 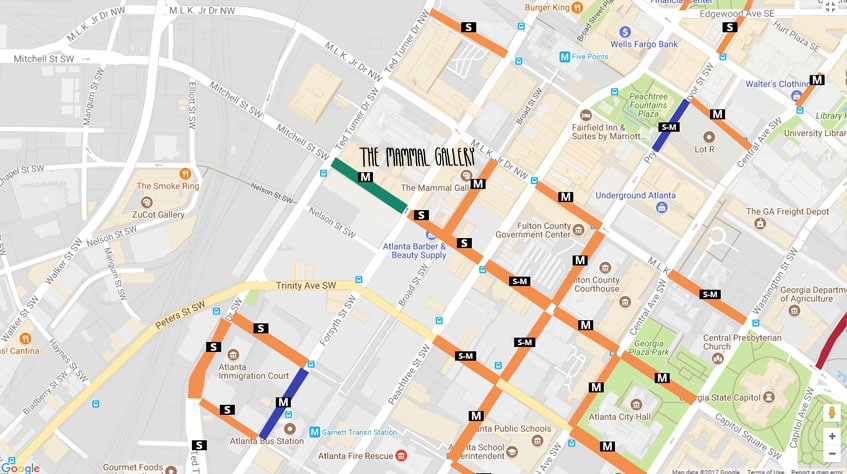 Paid parking is also available in a number of lots nearby. The most convenient lots are located across the street from the venue at 117 Peachtree St with entrances on both Broad St SW and Peachtree St SW and around the corner from the venue next door to Eyedrum with an entrance on Forsyth St SW.